“If Josh died I wish he’d leave Nailbiter to me in his will so I could say it was my idea.”
—Scott Snyder (WYTCHES, Batman, American Vampire) 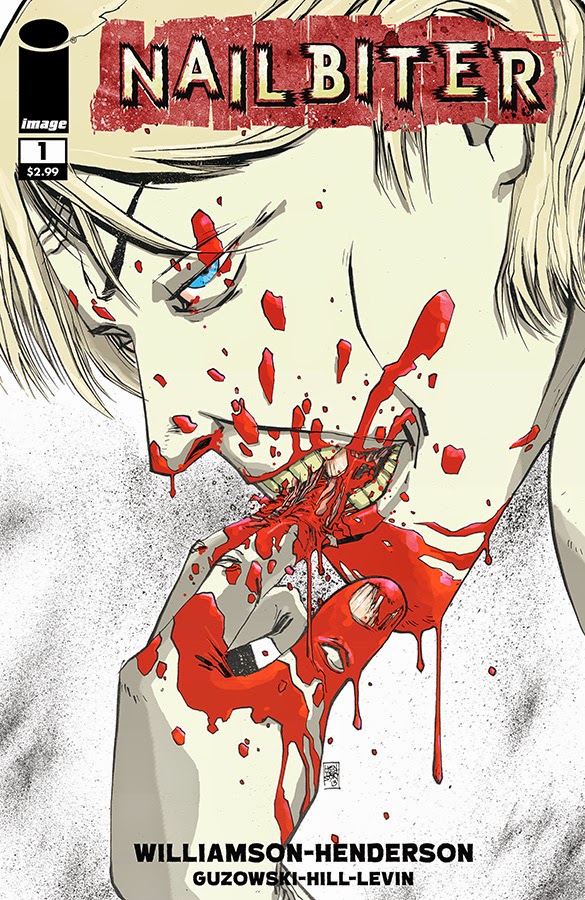 Joshua Williamson (GHOSTED) and Mike Henderson's (MASKS AND MOBSTERS) new series, NAILBITER, is already causing insomnia and nightmares industry-wide. The newly-released horror suspense series was announced at Image Expo in January and generated early comparisons to Twin Peaks and The Silence of the Lambs. It has sold out at the distributor level and is slated for a second printing.

Praise for NAILBITER:
“Prepare your cuticles for this masterful bit of horror.” —David Pepose, Newsarama
“In the end, Nailbiter stands on a premise so instantly enticing that you can almost see the movie trailer.” —Robert Tutton, PASTE Magazine

“Nailbiter will get under your skin. That's where it's most comfortable. It'll fill you with a vague sense of dread as it drags you into the fascinating world of serial killers. It'll hold you tightly in its grip and compel you to think about the more unsettling parts of human existence. It's chilling, unique, and a total revelation for horror comics.” —Zac Thompson, Bloody Disgusting

NAILBITER #1 has completely sold out at the distributor level, but may still be available in comic stores.

It is currently available digitally on the Image Comics website (imagecomics.com) and the official Image Comics iOS app, as well as on Comixology on the web (comixology.com), iOS, Android, and Google Play.

Image Comics is pleased to announce that this first issue will be going back to print to meet customer demand. The second printing of NAILBITER #1 (Diamond Code MAR148370) will release on 6/4.
NAILBITER #2 releases 6/4 as well and will be available for pre-order with Diamond Code APR140582.
Posted by Joshua Williamson at 3:31 PM

I have an idea for the name of your letters section at the back of Nailbiter. Spell out the words Nail Clippings in ransom note fashion where it's a bunch of letters cut from various magazines and then to the left of the N put a severed bloody finger with a chewed down nail at a slant so it makes the N look like an M. And now you've got the Mail Clippings section.

Hope you like it. Thanks for another fantastic comic to read.

It is awesome...and it feels like you're watching a great crime movie!
:D \m/