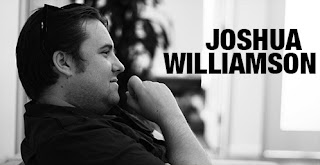 SAN DIEGO COMIC-CON is upon us!

Don't forget that the GHOSTED #1 SDCC exclusive cover will be available at the Skybound booth all day every day... as along as supplies last.

1:00PM-2:00PM
DARK HORSE (Super) powered by creators!
The latter half of 2012 saw the return of two of Dark Horse's classic characters, Ghost and X, the appearance of new faces like MichThe Victories and Francesco Francavilla's The Black Beetle, and the reimagination a hero from yesteryear, Captain Midnight! Join Dark Horse publisher Mike Richardson, PR director Jeremy Atkins, and a cast of the industry's top talent, including Joe Casey (Catalyst, Sex), Francesco Francavilla (The Black Beetle), Duane Swierczynski (X, Two Past Midnight), Joshua Williamson (Captain Midnight, Masks and Mobsters), Tim Seeley and Mike Norton (Revival, The Occultist), along with comics newcomer Donny Cates (Buzzkill), for a look at an exciting new cast of characters!

5:00PM-7:00PM
BLANK PAGE PROJECT
Charity for a hero
Bay front Hilton.
The Hero Initiative partners w/ comiXology and Jimmy Palmiotti and Amanda Conner to host a fully catered 2-hour charity event where fans can watch creators fill “The Blank Page” – a 12 ft by 8 ft gigantic comic page that will auctioned off at a later date w/ proceeds going to The Hero Initiative – a charity that helps creators in need. 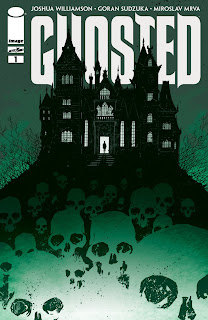 10:00-11:00AM
You've Broken into Comics, Now What? How to Be a Pro.
You've found your collaborators, you've worked hard and gotten some comics made. Oh God, now what? Co-moderators writer Christopher Sebela (High Crimes) and Oni Press editor Charlie Chu (The Sixth Gun) address having a career in comics, behaving like a professional, and managing expectations once you are a working creator. Panelists include writer Joshua Williamson (Captain Midnight), writer/artist Natalie Nourigat (It Girl and the Atomics), and cartoonist Sloane Leong (The Softest Shadow, Labyrinth’s Lament).
Room 28DE